Tricked by the fickleness of fate! And I thought I would discover companions! A haven for anti-Christian thought! A refuge to forge what the Aryan race lacks – the true ideology!

Instead, the Conservative Swede’s words ring true 13 years later in Anno Hitleri 131 / Juche 109! – Nobody but Christians! Nothing but Christianity!
https://chechar.wordpress.com/2012/02/21/red-giant/

I am not Wotan to cross-dress. I am not Muslim to practice takiya. If your forum accepts women and Christians, you’re not racist by the definition of the term.

I have, however, performed with my straightforward eloquence in front of these absolute Christians. I am thus reproducing the 44 screenshots from that hidden forum – an archive for the time when the Negroes Who Glow In The Dark shut it down, like [what happened] with Iron March.

They have betrayed your trust, Icywiener! Who would have thought a random gamer is more anti-Christian than a hidden “National Socialist” forum?

I am thus expelled from a racist meme guild for being anti-Christian, after suffering the ban on the Unz Review and Chechar’s blog, and followed by the failed admission to ThePuritySpiral! Oh, and racist weebs on Twitter block me en masse, frightened by my vicious Juche profile pic. The Aryan race are a fickle bunch.

I have spent 12 Hr. on this job application! 12 hours! Incredible. You’ll be left to plant memetic bombs without me then! Yet be careful! The only bombs Christians will plant are those in the foundations of the Aryan race!

A State Merited Chorus performance from the Land of the Sun. Juche Koreans are used to living the eternal life. Aryans only know death which will soon end.

The archive. A number of great philosophical theses here.
https://postimg.cc/gallery/tWLCJPr

The sample of 16/44 (I adore these numbers! And I planned neither in advance!). 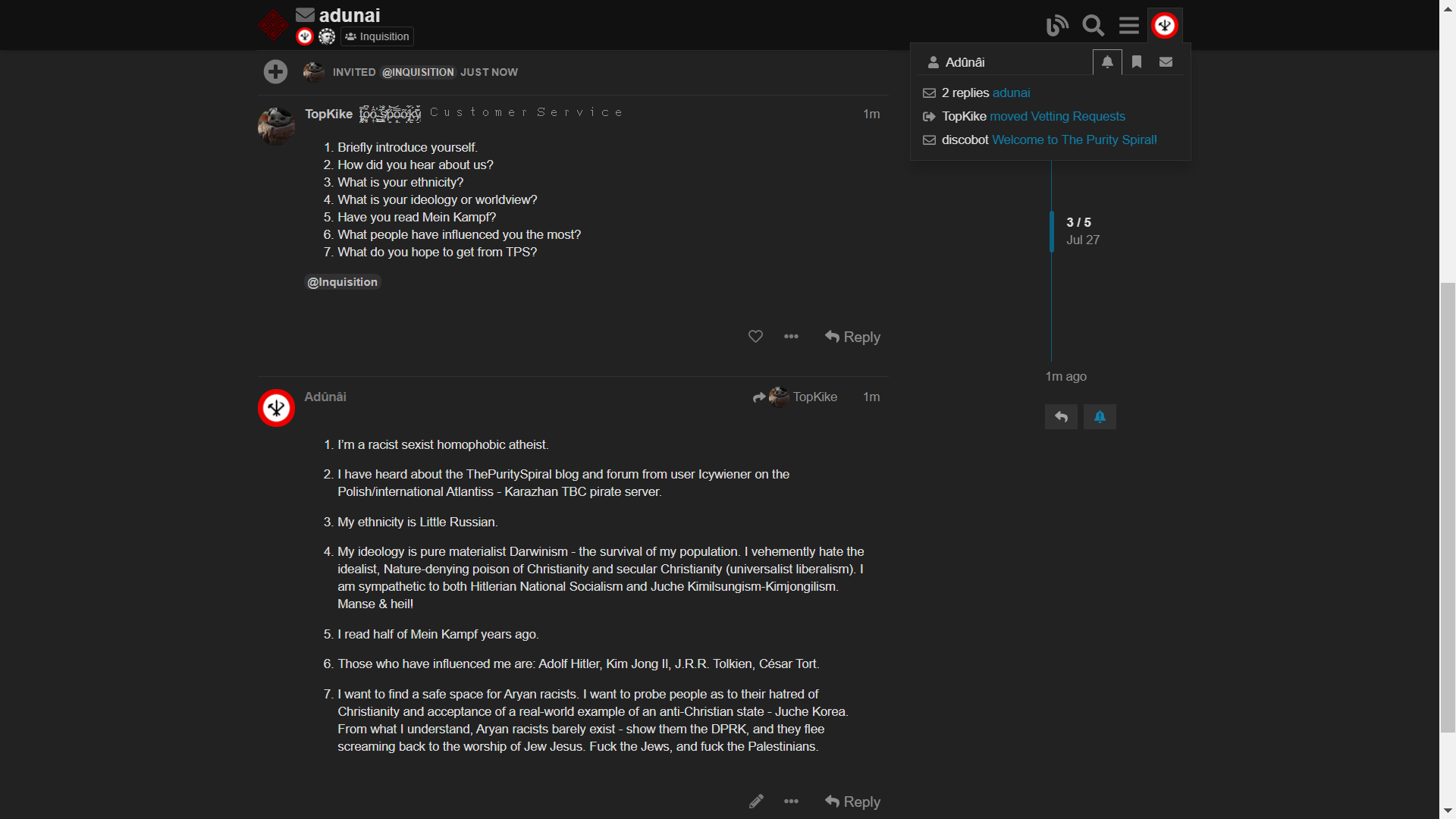 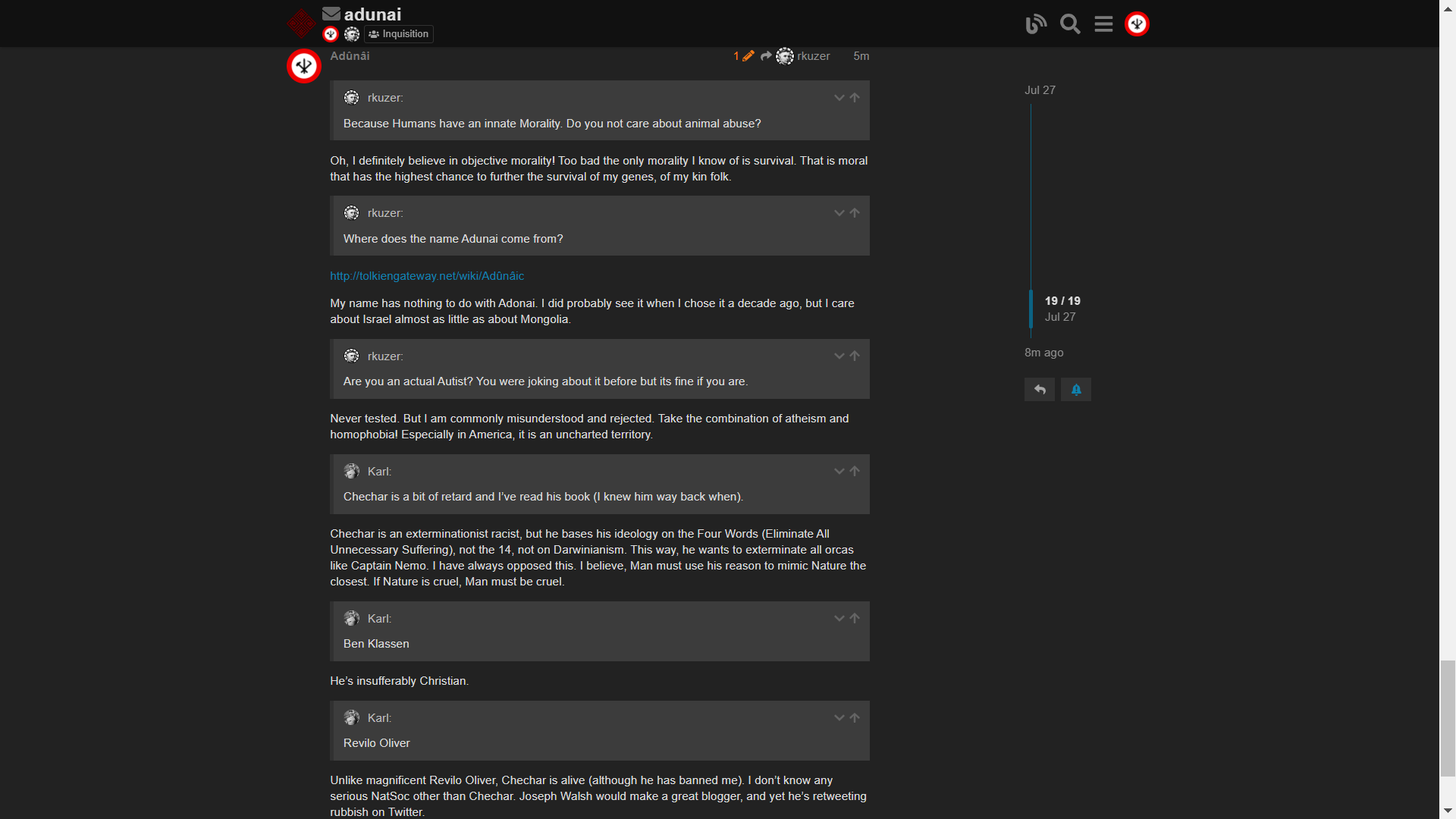 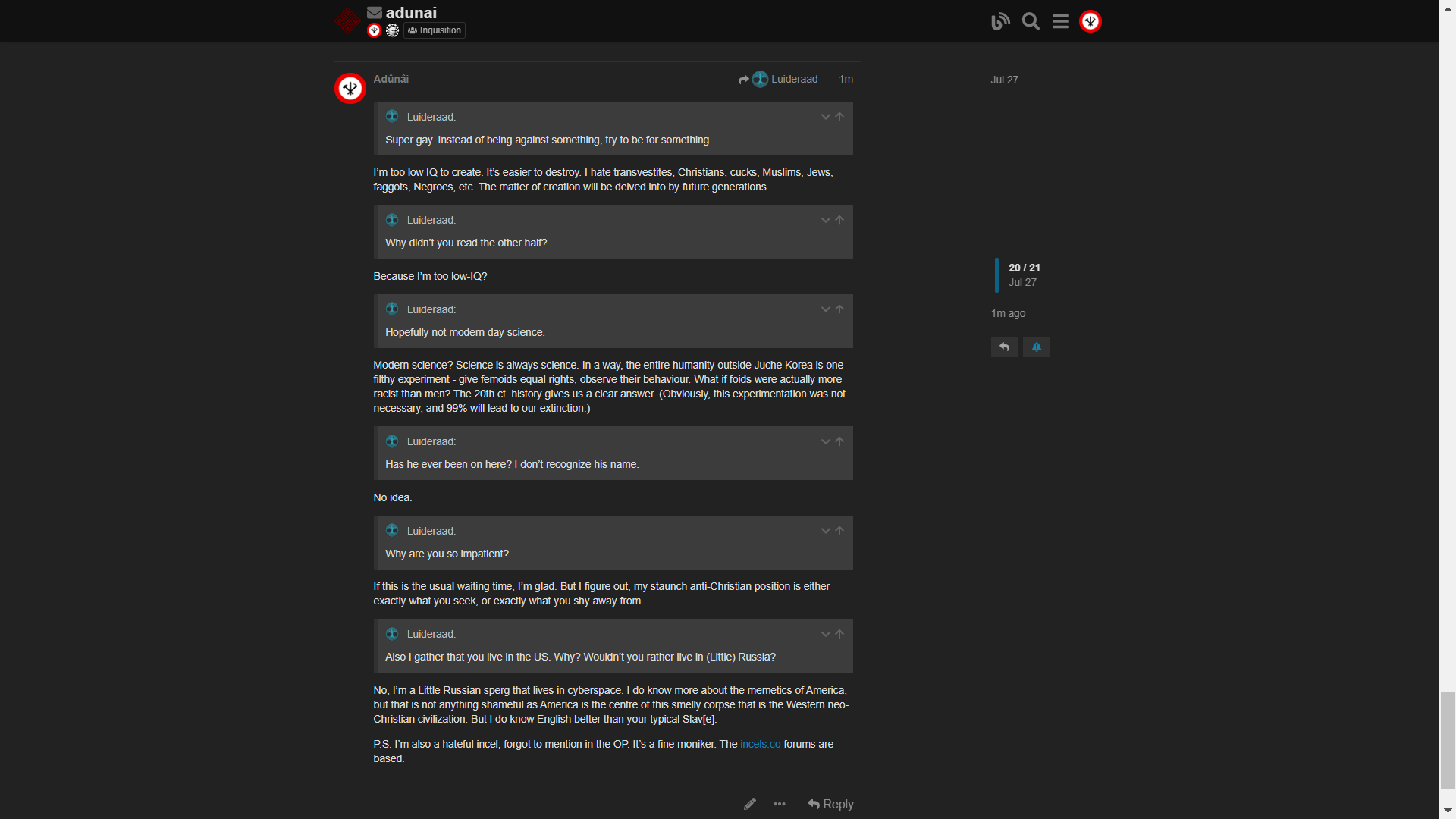 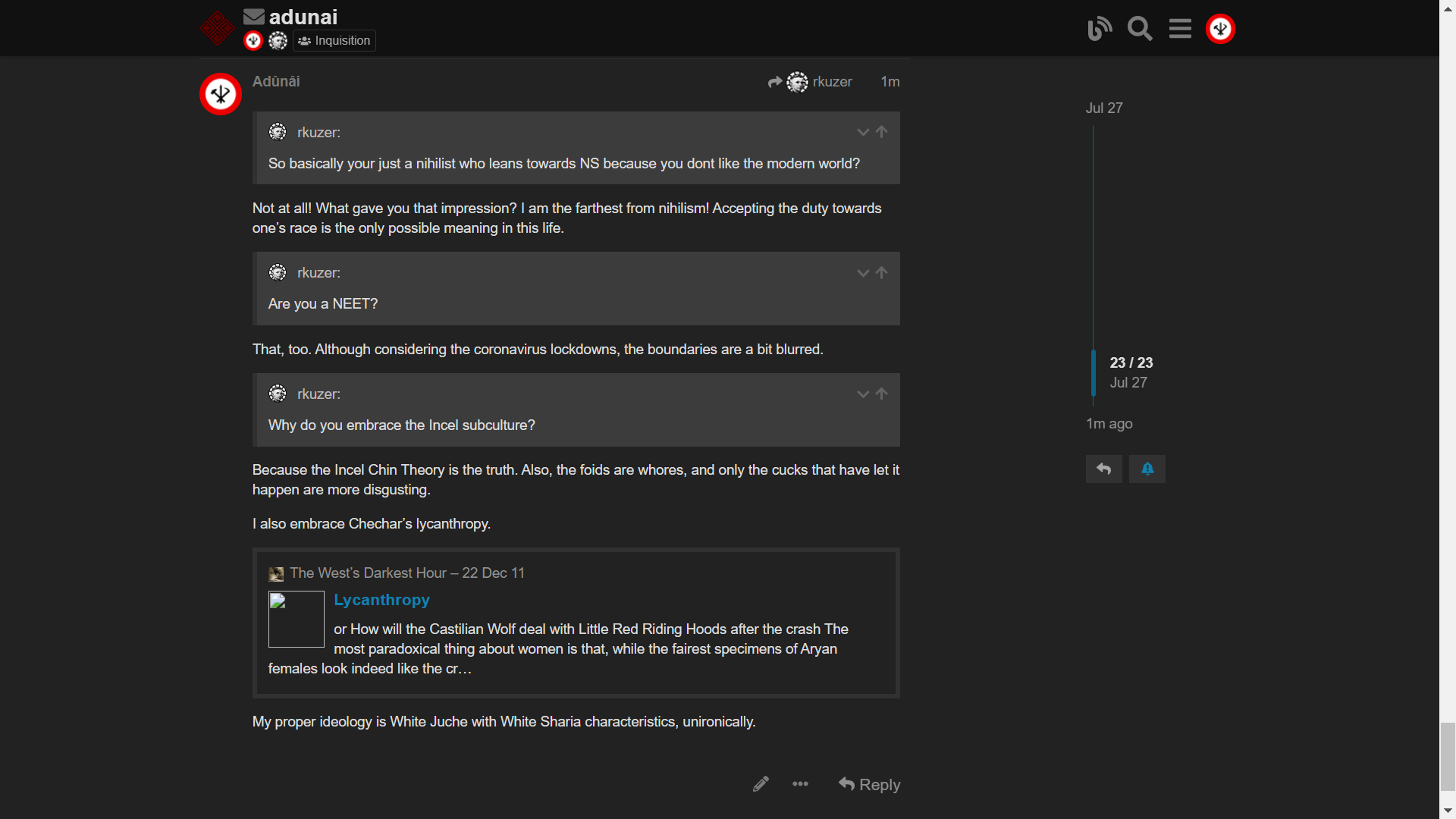 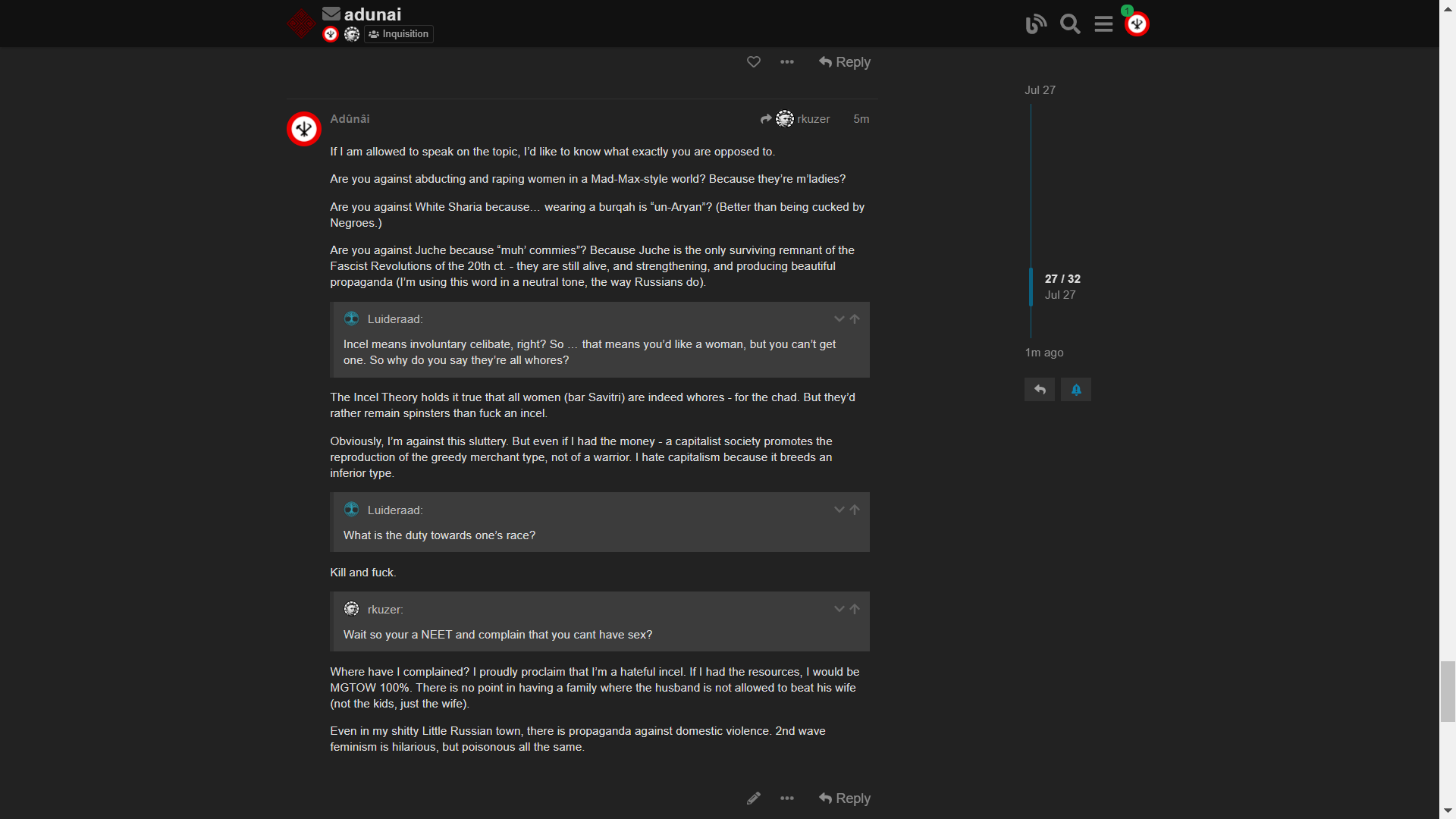 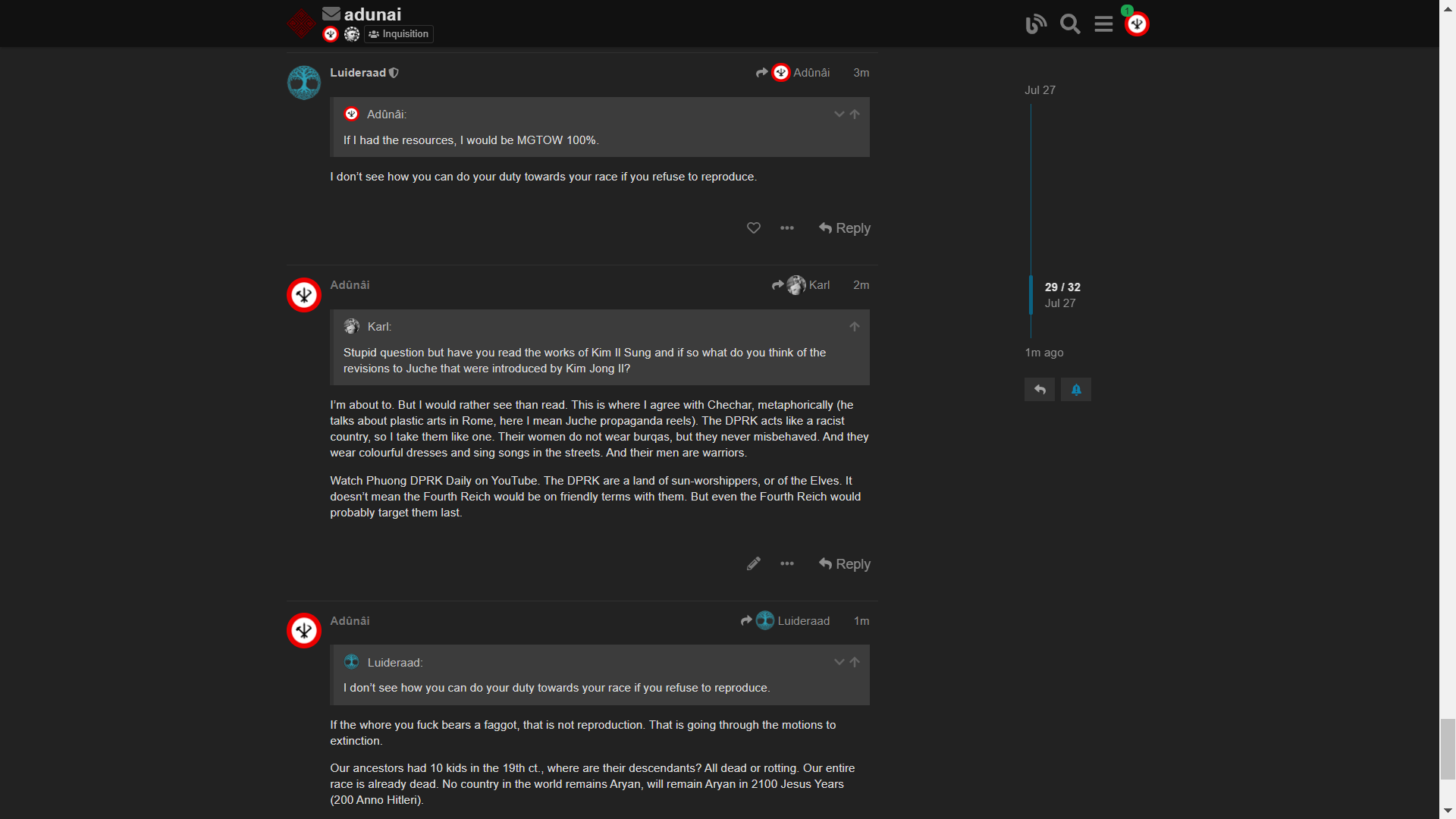 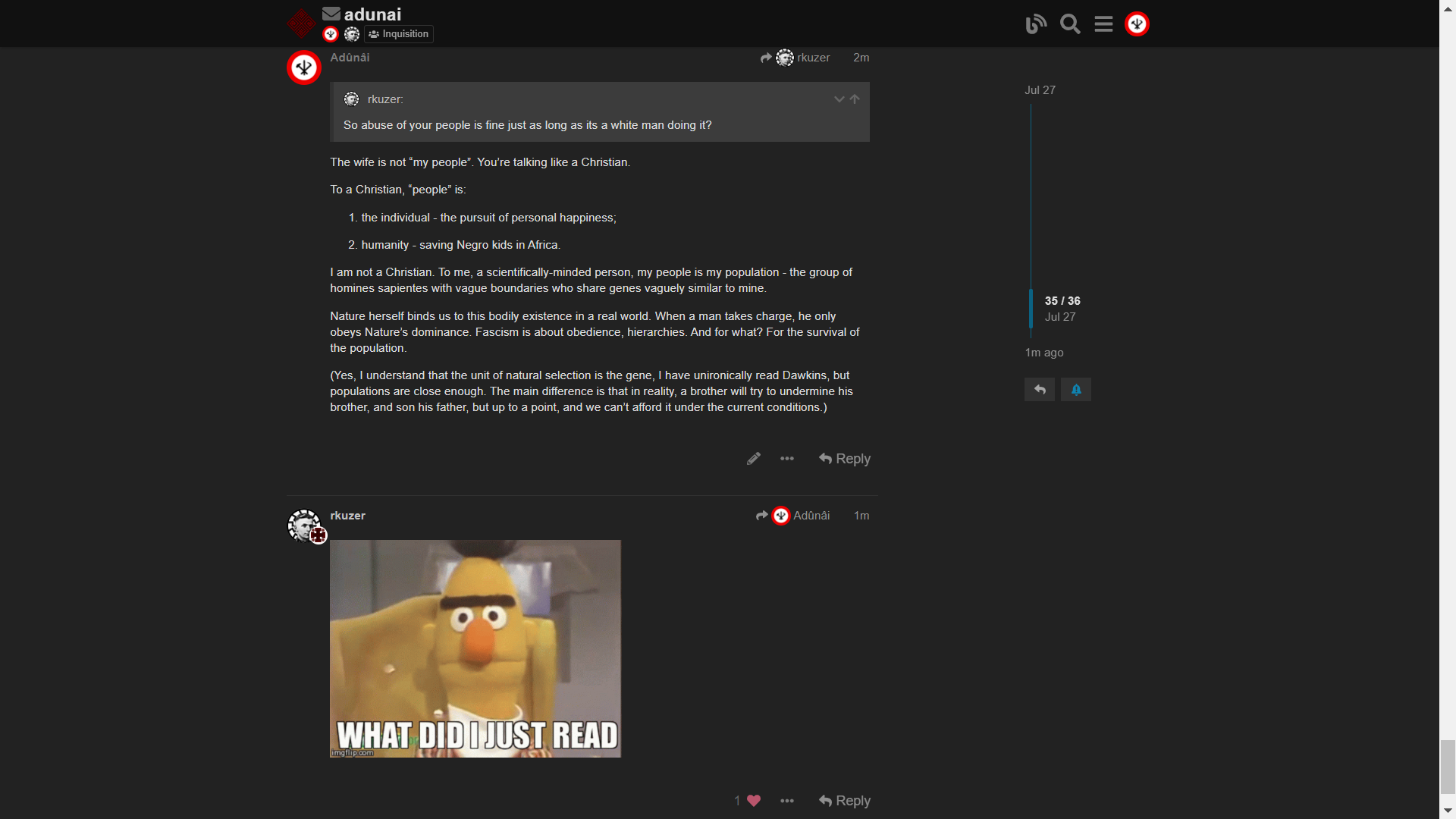 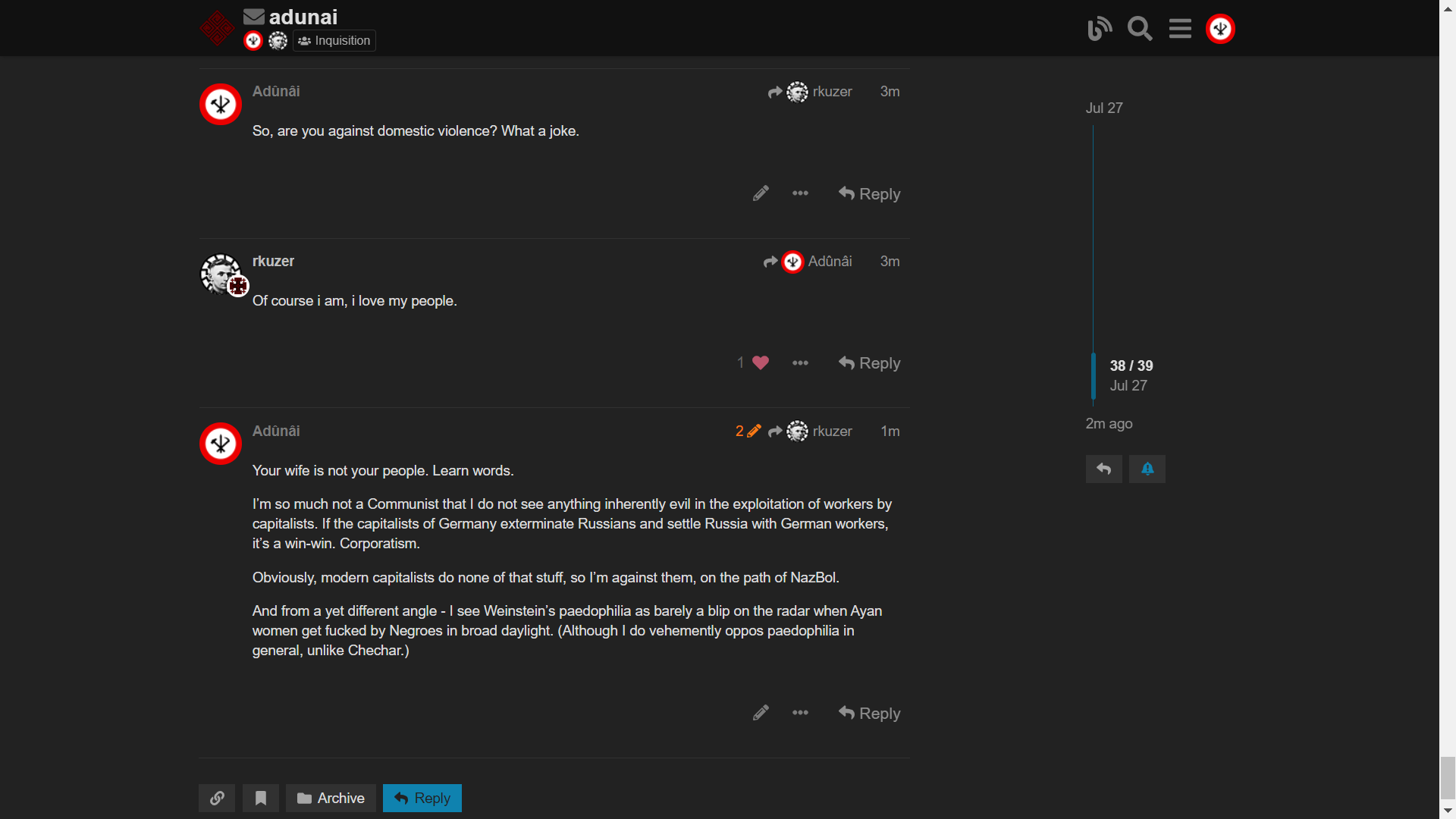 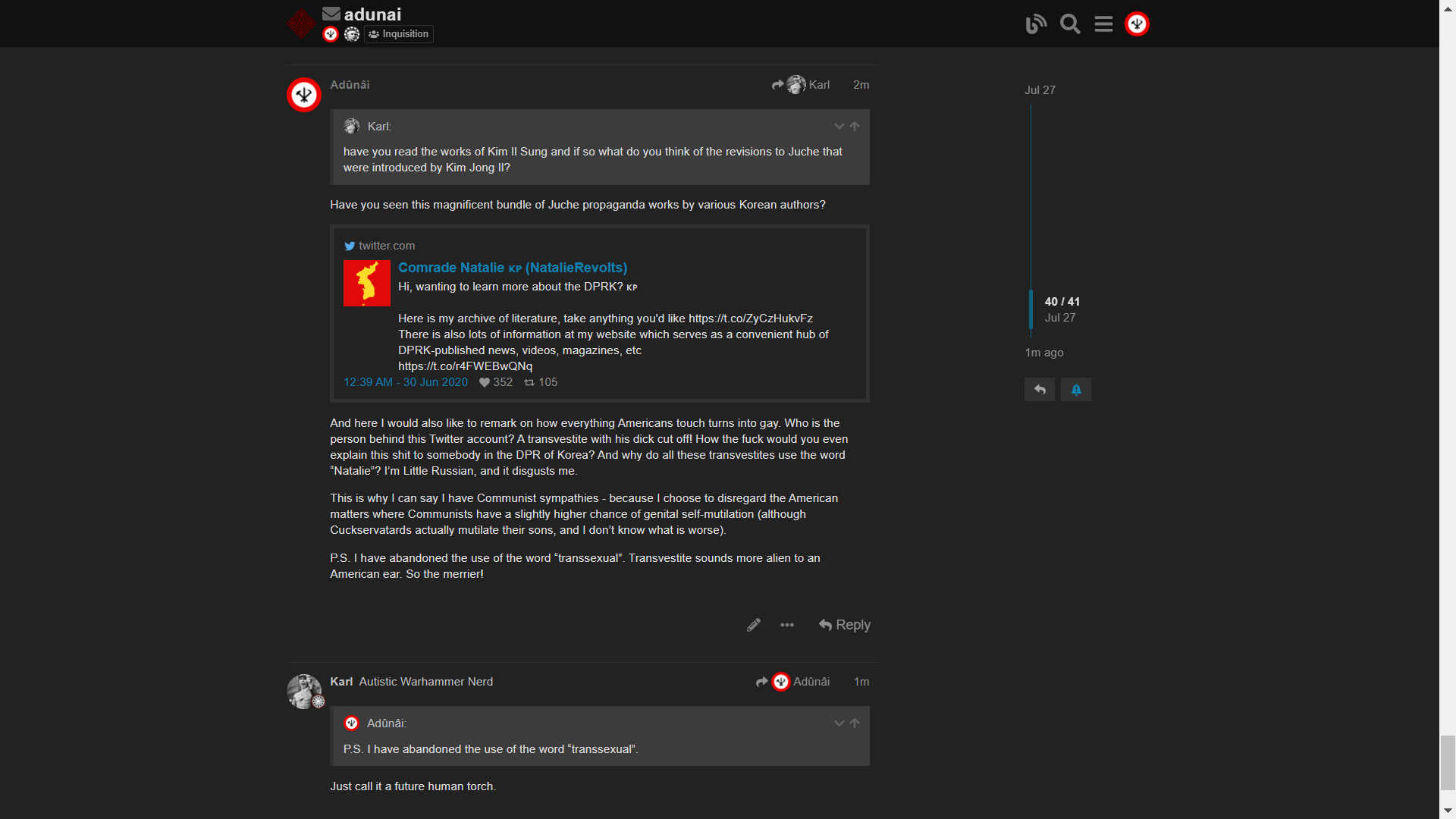 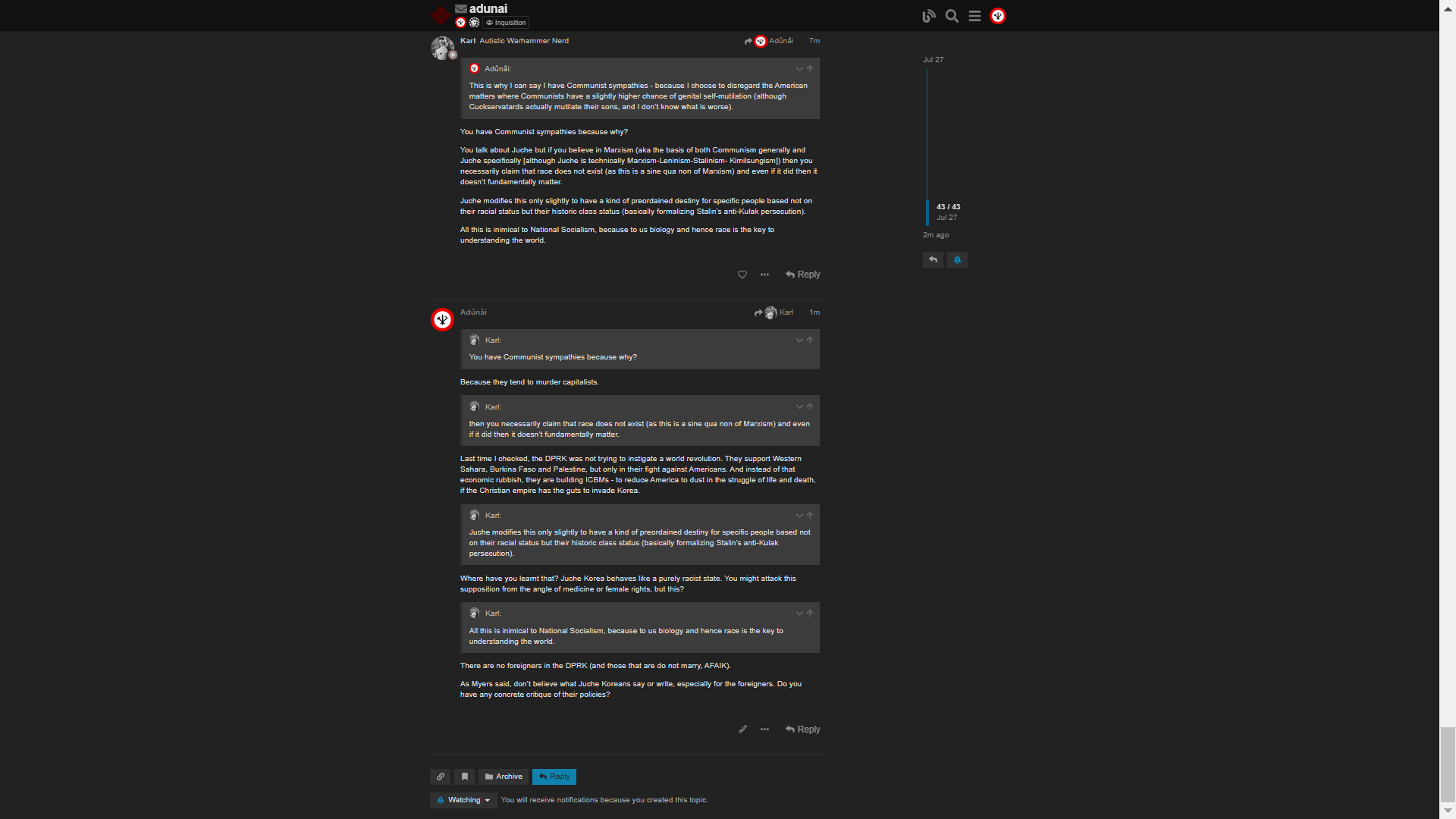 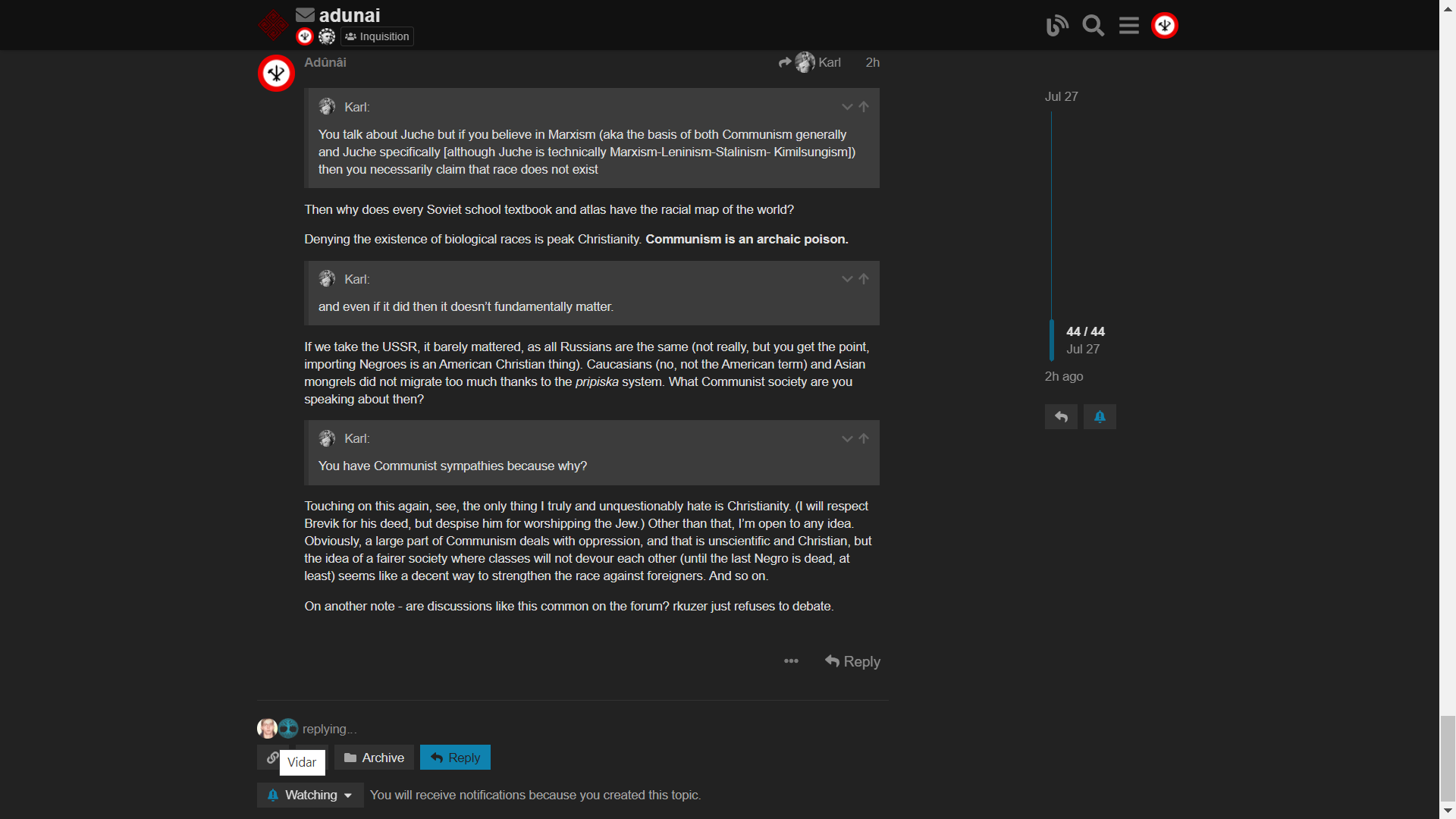 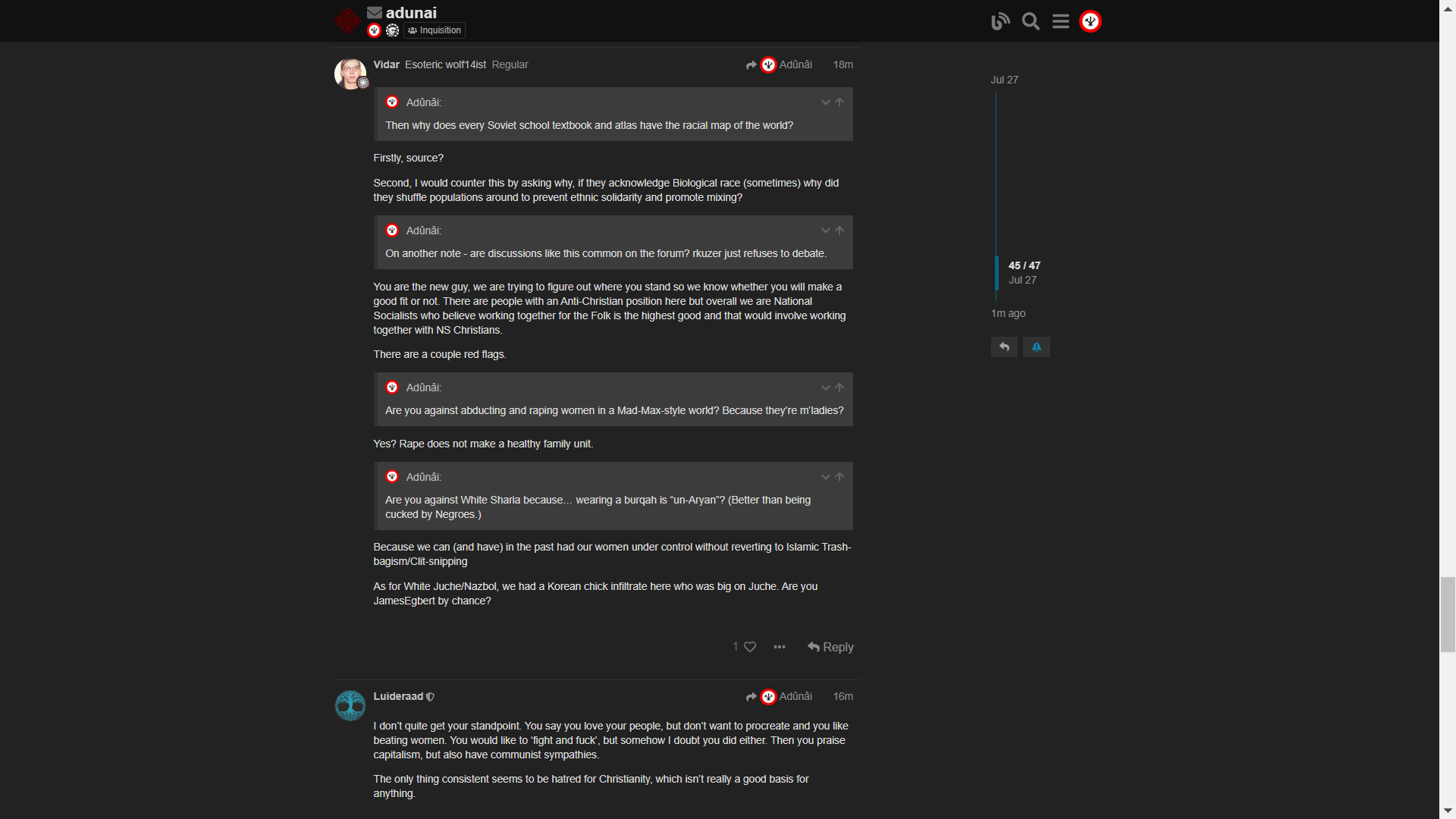 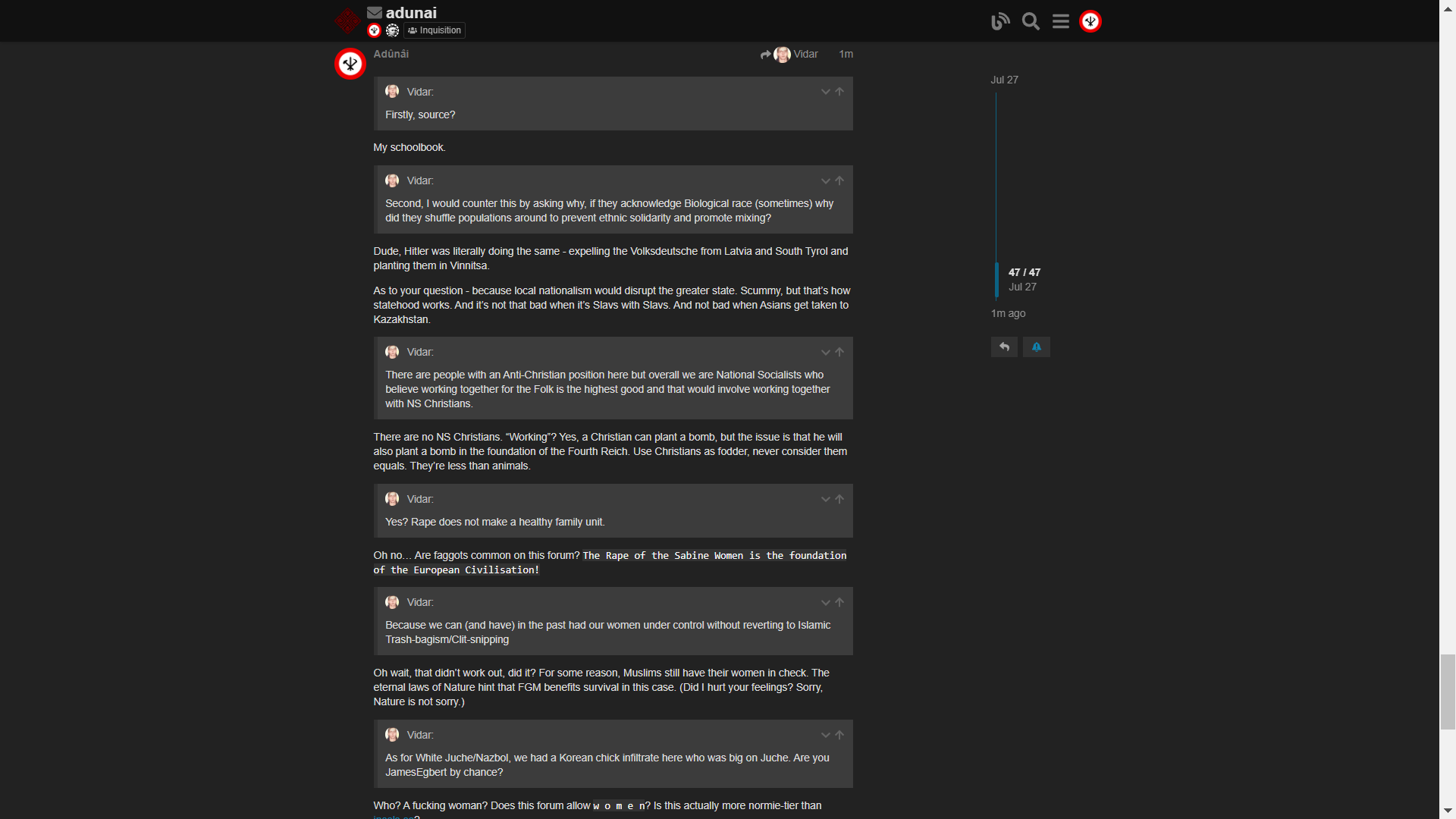 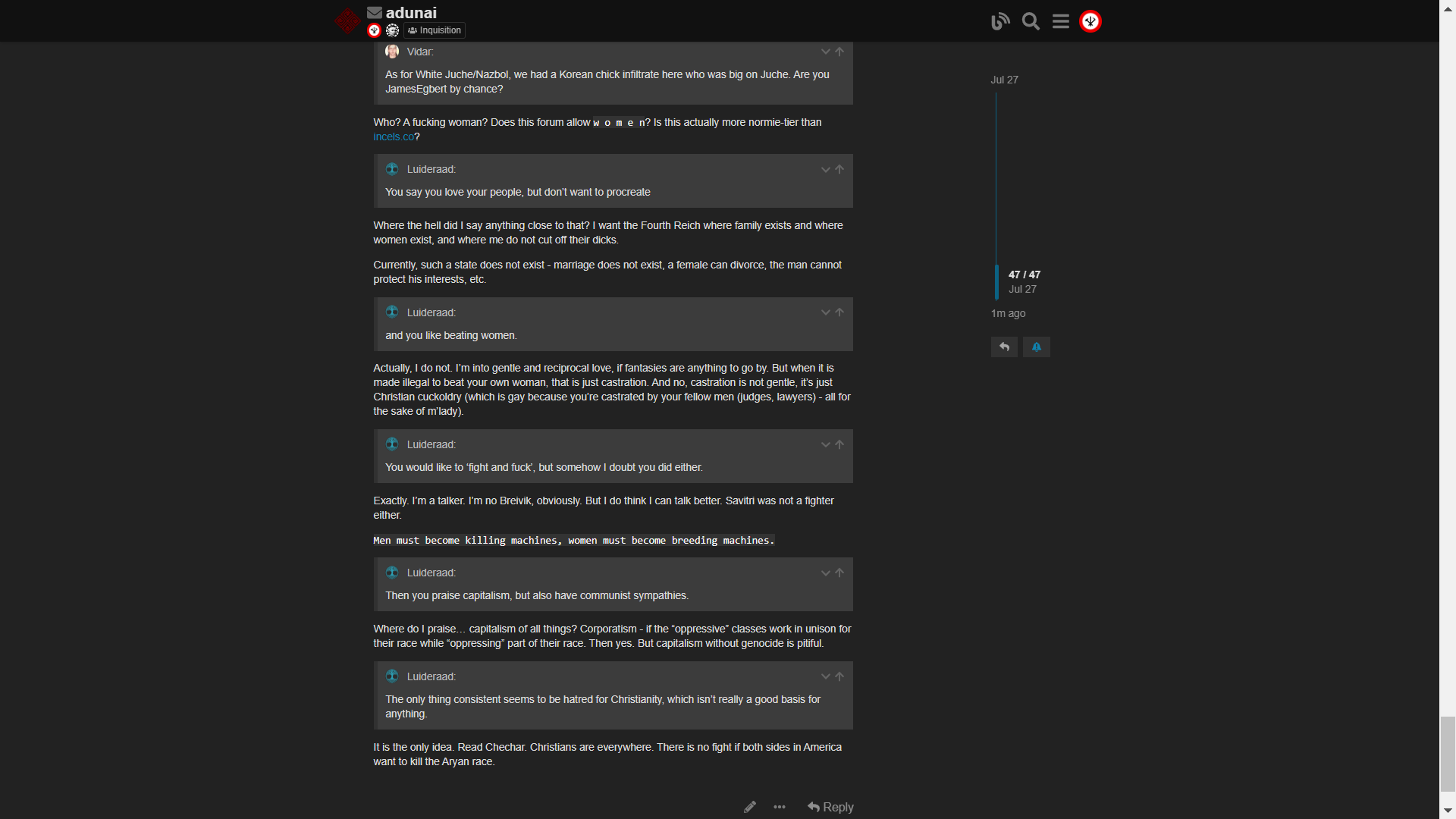 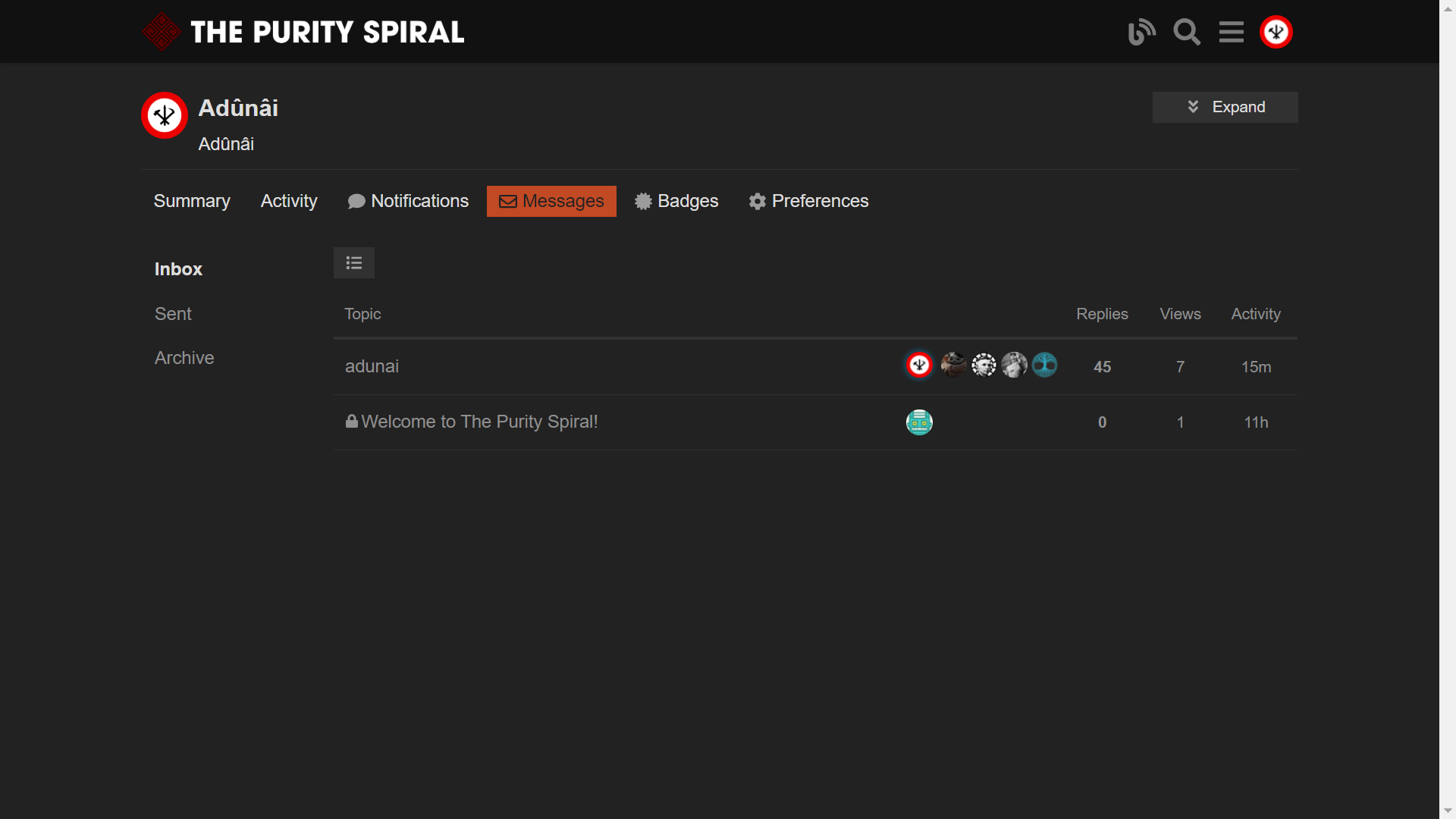 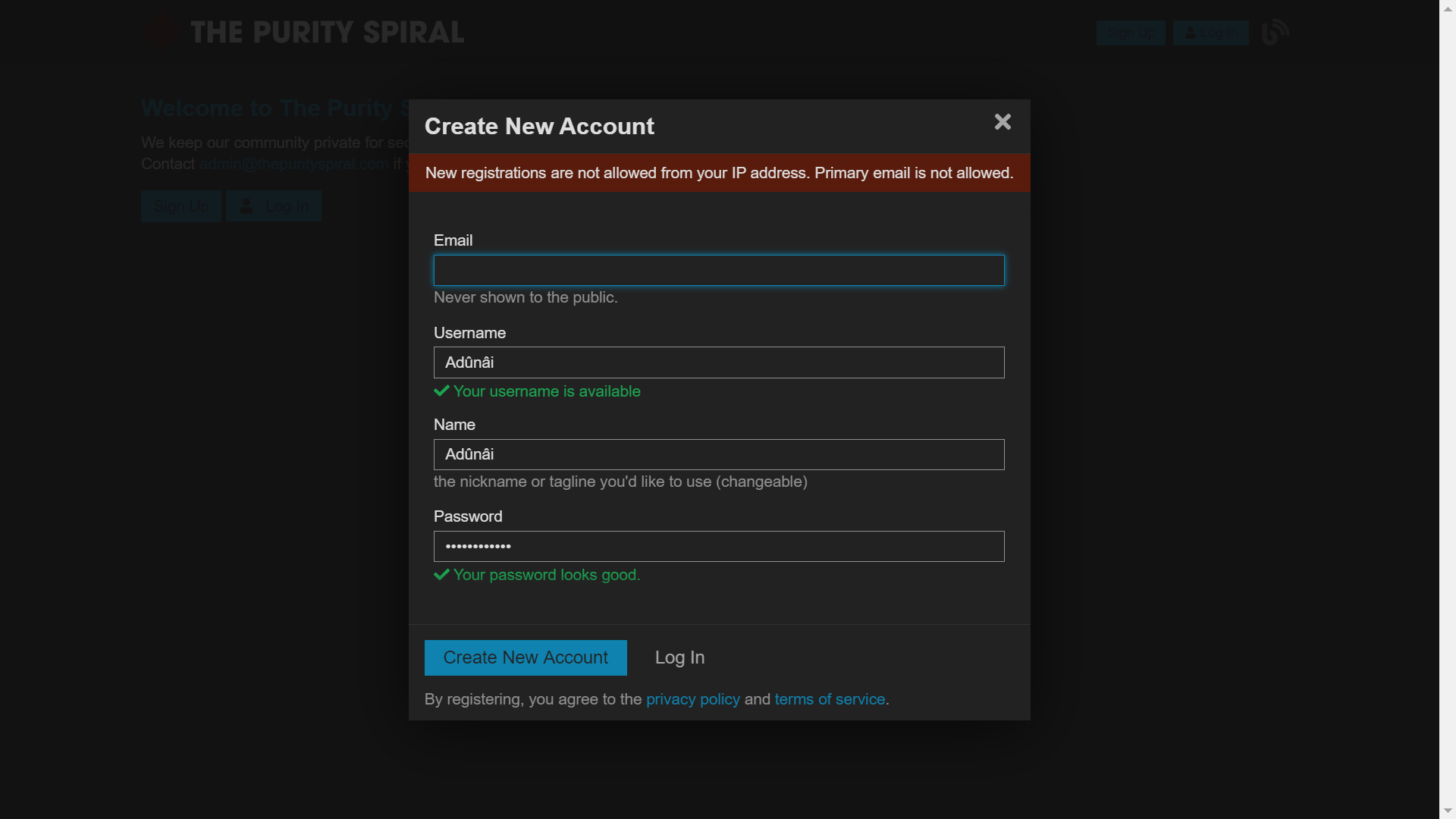 The Fascist reading list (uploaded to Mega of all places).
https://mega.nz/#F!5Q5UFZIR!MvGFhWEPb03Qg3ZFOh5yKg

The DPRK reading list (composed by a transvestite Westerner who cut his dick off).
https://drive.google.com/drive/folders/0B48PXBn7S_-MMVlaZjlrOEdKWFk

A piece of purple-pilled propaganda that has been disseminated on 4chan lately.
https://archive.org/details/red-pill-3rd-edition/

“He is growing up as a pillar of the country under the care of Kim Jong Un who has shown his warm love to him since his birth.”
Hang Myong on Jangjae Islet

2 thoughts on “Banned on the ThePuritySpiral forums! – 44 screenshots archived for history – Christians everywhere!”